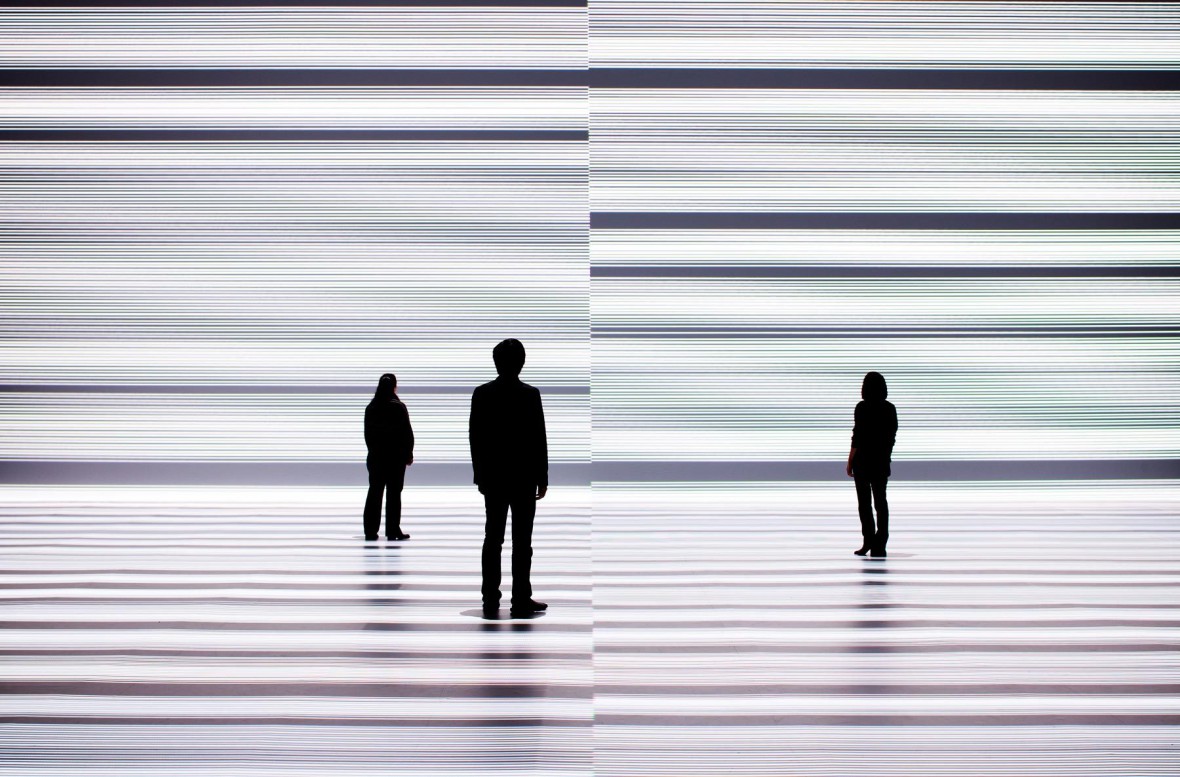 Ryoji Ikeda is a Japanese sound artistwho lives and works in Paris. Ikeda’s music is concerned primarily with sound in a variety of „raw“ states, such as sine tones and noise, often using frequencies at the edges of the range of human hearing. The conclusion of his album +/- features just such a tone; of it, Ikeda says „a high frequency sound is used that the listener becomes aware of only upon its disappearance“ (from the CD booklet). Rhythmically, Ikeda’s music is highly imaginative, exploiting beat patternsand, at times, using a variety of discrete tones and noise to create the semblance of a drum machine. His work also encroaches on the world of ambient music; many tracks on his albums are concerned with slowly evolving soundscapes, with little or no sense of pulse.

Ge Wang is a Chinese American musician and computer scientist, known for developing theChucK audio programming language as a graduate student advised by Perry Cook, and for being co-founder and chief technology officer of Smule, a company making iPhone and iPadmusic apps.[1][2][3][4][5] He also helped create the Princeton Laptop Orchestra and later its Stanford counterpart,[1][2][6] as well as the Stanford Mobile Phone Orchestra.[3][7] Wang is currently an assistant professor Stanford University’s Center for Computer Research in Music and Acoustics (CCRMA).[1][3]

The two kinds of stories we tell about ourselves